Recently I was sitting in my favourite cigar lounge in San Jose, California, in conversation with a group of people who know me to be a cigar sommelier. One of them asked me an interesting question.

“Mitch, is it true that you are never supposed to pair a cigar with certain drinks?”

This, and several variations on the same question, comes up all the time. I have two answers to the question, and I like to share them both so that I give a complete answer.

There are myriad other rules that we are taught, and each of these points has merit. There is logic to all of them, and when I am doing a proper pairing, I follow them.

The truth is that while there are a lot of rules, none of them are set in stone. In truth, everyone has a different palette, and at the end of the day you should drink what you like, and smoke what you like. Are there cigars that will pair better with certain drinks than with others? Sure. On the other hand, to quote my father: “That’s why there are thirty-two flavours of ice cream.”

Let me give you an example. One of my favourite Islay whiskies is a Lagavulin 16-year-old. It is a heavily peated scotch, and because of that I will always pair it with a bold, full-bodied cigar… say, a Cohiba Robusto, or a Partagas 898. You may love Lagavulin 16, but prefer a milder cigar… say, a Trinidad Vigia or a Hoyo de Monterrey Epicure #2. Is there a rule that says you should not smoke those with that whisky? There is… but rules are meant to be broken. If you enjoy a peated whisky with a smoother cigar, enjoy it. 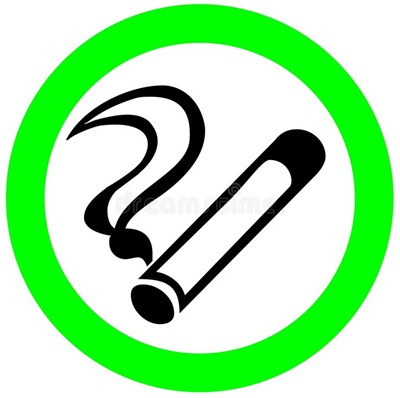 I used to be a real purist when it comes to whisky. It would bother me if someone would add water or ice cubes to a single malt scotch. I made a friend named Michael when I was working in Tokyo, and he was not only a whisky lover like myself, he also happened to be Scottish. We did a fair bit of drinking after work, and I remember him telling me one day: “What difference does it make to you how someone else enjoys their drink? As long as they are not making you drink it that way, if they prefer a 25-year-old single-malt with an ice cube, let them enjoy it.” He was right of course, and while to this day I still cringe… I do it quietly. How I drink my whisky is nobody’s business… and the reverse of that is equally true.

I have only been a cigar sommelier for about half a year, but I have been smoking cigars for twenty-five years. I have smoked some very good cigars… and some lousy ones. I used to wonder why companies even make those lousy cigars. Now the answer is obvious: while I might think they are terrible, there are obviously people out there who like them. There is a particular cigar that my buddies in Ottawa and I have been panning for years as the worst cigar on the planet; we joke that if someone deserves to be punished, we will give them that cigar. We may think it is terrible, but somebody must like them, because they have been around for decades. There is a cigar for every palette, and if a particular cigar does not appeal to me, it likely appeals to someone, else it would be pulled from the market.

So in short, while we never recommend it, smoke your cigar with beers, frozen drinks, and whatever you like. If you happen to love smoking a Cohiba Robusto with an A&W Cream Soda, that’s your prerogative. If you want to smoke a really weak cigar with a really strong drink, fill your boots. What we call rules are actually guidelines, and in the end the true success of a cigar sommelier is that you enjoy what you are smoking to the fullest.

I am a renaissance man of the IT Industry... Deployment, Virtualization, Cloud, anything about Windows client. I am also a father, a Black Belt, and a really nice guy. I am also a Certified Cigar Sommelier and cigar blogger, but I usually separate that out to my alternate site, www.passionforcigars.com. View all posts by Mitch Garvis

HRF Princess Sophie is waiting to see her personal physician…
May the holiness of the Sabbath bring peace and joy to your hearts. I continue to pray for all of my friends who are facing health issues, especially Sophie and Sean, but everyone else as well. שבת שלום! I miss my wife but am happy she is with her son.
A mostly empty flight would be nice… after the cramped quarters of the 8-hour flight from Dallas to NYC yesterday (okay, not that long… but we were on the plane from 2:15pm until we landed at 8:05pm). Why the customer disservice agent last night tried to book me in seat 17A is beyond me.
This is NOT what the tarmac at DFW is supposed to look like!!
יתגדל ויתקדש שמי רבה…
These three pictures are all since Thursday. I went from the Orthodox Rabbi look to the trimmed full beard, and then decided to rrally change things up this morning! Thanks Barney at VillageCigars Burlington for the incredible transition!
Follow Passion For Cigars on WordPress.com
Join 29 other subscribers
Loading Comments...
%d bloggers like this: